Three soccer players with one goal to Germany

An striker from FC Twente, a goalkeeper from FC Groningen and a defender from Feyenoord, give their football career a new boost in Germany at SSV Jeddeloh. A German football club that plays in the Regionalliga-Nord. But why did they make this choice? And how are they doing now? Read all about it in the interview below.

What does your football career look like so far?
Tim van De Schepop: I started playing football when I was 5 years old at HHC in Haaksbergen. When I was 10 years old, I did an internship at FC Twente for the under 12. There I dropped out and was picked up by De Graafschap. Here I played soccer in the under 12 and the under 13. After the under 13 of De Graafschap I went to FC Twente and there I have been playing for 7 years and now I play for SSV Jeddeloh in Germany.

Pelle Boevink: I started playing football with Juliana in Hengelo, where I left when I was 11 years old. I was approached to do an internship at FC Twente and then I joined the under 12 at FC Twente. There I played soccer for 7 years from the under 12 to the bench in the Eredivisie at the first of the FC Twente. At this time, I had no future at the club, so I made a transfer to FC Groningen. Here I played football for 2 years and then I made the choice to go to SSV Jeddeloh.

How did you end up at SSV Jeddeloh?
Bukhinch: The three of us came here because we have the same agent. I noticed that my future prospects wouldn't be so good at FC Groningen so I told my agent he could look for a soccer club, where I would play a lot of matches. A week later, my agent told me that there was a German football club that was interested in watching my matches. This is how I ended up at SSV Jeddeloh.

Van De Schepop: In my first senior year I had signed for 2 years with FC Twente. I played for Jong FC Twente and the prospect of the top spot was not so good. I still had a contract for 1 year, but I wanted to go to a club where I would play in the first year. Then I was approached by my manager with the interest of SSV Jeddeloh. I watched the competition they were playing in and I saw a nice competition to play a lot of matches, to develop myself and to stand out!

Did you know anything about SSV Jeddeloh?
Boevink: No, we hadn't heard of it before.

How did the first period at SSV Jeddeloh go?
Boevink: With highs and lows. For me personally it's positive because I play everything and I feel confident that I'm going to play everything.  This feels very nice because I haven't played much in the last three years. Unfortunately the results have been disappointing lately but in terms of personal development I'm doing very well.

Van De Schepop: I'm having a great time so far. Of course it's great to play a match every week and sometimes up to twice a week. I also feel that I am getting stronger and by playing so much I develop myself well. The results aren't quite great now, but I am very happy that I made this choice.

Do you notice any differences between Dutch and German football?
Van de Schepop: Yes, especially because the league I played at Jong FC Twente last year was not really about winning. The guys from the first team who come back and the guys who don't play in the first team. It's always a practice game what's being played. Now we really play games where you have to win for yourself, the team and the supporters and you learn a lot more from that.

Boevink: Yes, the 'need to perform' is the big difference for me. You no longer play in a training team of FC Groningen or FC Twente, but you really have to win. This is the first time that you experience what it's like to play in a first team where it's all about performance. It is no longer important how you win the match, but that you win the match. It doesn't always have to be about beautiful football as long as the victory is achieved. That's a big change for me with a young team and a first one where we play now.

Do you notice a difference in intensity, because you are now playing in a first team and no longer in a training team?
Van de Schepop: This is semi-professional while we played at a professional club in the Netherlands. At Twente we trained more often, sometimes twice a day. Here we train 4 times a week. But this is really the best for our development. Playing 30 games at our age is really good for development.

What do you learn from the games you are currently playing?
Van De Schepop: There are a lot of mental qualities that I learn, from the many games we play. Last time I scored 4 games in a row, so you're in the flow, but now I haven't scored 3 games and I notice that the supporters expect me to score again. Our career is only just starting, that's why it's very good that we already have such moments so that I learn to deal with mental pressure.

Boevink: I can certainly confirm this. I immediately noticed that you learn a lot from the pressure that comes with the games. At young FC Groningen the pressure was less, because FC Groningen was a training team for the first time. Young FC Groningen was not yet about having to perform and besides that you also have more pressure from the supporters. In the third division of Jong FC Groningen not that many people are involved as here in the regional league. There are always at least a few 100 men along the line, so the pressure to perform well here is much higher. Because of this I also see a lot of positive points for the young Eredivisie teams in the second championship. Because of this step they experience at a young age what it is like to play in stadiums for a lot of people, so they have already experienced the pressure before they play in the first camp.

Was it a big change to live in Germany now?
Van De Schepop: Yes, I just lived with my parents. That's a big difference. Now the three of us live here together in Germany and we have to do everything ourselves.

Boevink: For me it's not a big change. Before this I played at FC Groningen and I also lived there together with two teammates. That was my first time to live on my own, so I already have two years of experience to live with teammates.

Boevink: Yes, we have a lot of support for each other here. If you have a problem with something, it doesn't matter if it's very annoying or other small things. You can always go and talk to each other about it. Now that the three of us live here, it also makes it a lot more fun.

How can you perform better against the young Bundesliga teams?
Van De Schepop: Maybe we want to prove ourselves against those teams. At those matches there are always scouts watching, so you can play yourself in the spotlight. You can make quick steps in Germany by means of those matches.

You are very driven, where does this drive come from?
Van De Schepop: The past few years I didn't play many games and then I had lost the will to play football. By taking this step to SSV Jeddeloh I have my motivation back, because of the many games I play now. I want to put myself in the spotlight again, so that I can start making steps.

Boevink: I am still so driven to get the most out of myself, because I have already given and experienced so much for football. I have fought for it for so many years that I now also want to achieve something with it. Of course I still enjoy it a lot, but I also want to show what I can do to the people who support me and for myself.

What is your future plan?
Van De Schepop: It's hard to say, because you don't know how high your maximum is at the moment, but I'd like to go to the 3rd league after this season. I think that if you perform there that you have a lot of opportunities in Germany but also in other countries. I don't look very far, but I try to look briefly and work hard so that I can reach my goals the quickest. But if I can dream of playing soccer in another country, I would like to play soccer in the LaLiga in Spain.

Boevink: I also find it difficult to say what is real. Maybe it would be good for me to play all the games here for another year and gain experience, but that is due to the interest of other clubs at the end of this season. I also want to play in the 3rd league, but it's hard to say if you can handle the level. I can now say that I can handle the level here, because I can hold my own in our competition. But if I can really dream, I would like to play in the Premier league in England in a few years time.

We from Sports Inspirator would like to thank you for the Interview, and wish you good luck with your future career.

*Jeremy of Mullem was absent from the interview because of flu. 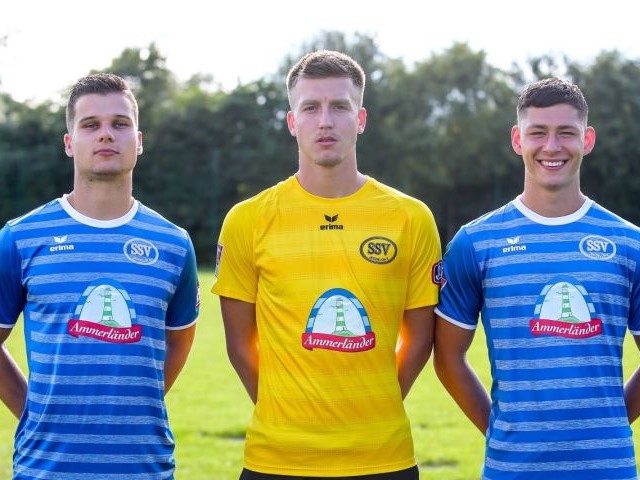