Human movement is the world's largest language.
We recognize each other's patterns of movement across national borders and through language barriers. This also applies to sports. Sport is human movement (generic and specific behaviour) within a specific environment with specific rules (task constraints). If we take a closer look at these generic movement patterns (actions), we see that many sports are more similar than many of us think. Sports have specific identities (unique sport profiles can be generated based on task-constraints per sport – Teunissen et al., 2020) rules that constrain our movement, but these generic movements themselves are often similar between sports. Think for example of throwing in judo (pulling, pushing, falling, rolling), in rugby this also occurs, says Jan Willem Teunissen, Movement scientist and expert in transfers between sports and broad motor development. In fact, several rugby coaches say that the willingness to tackle of former judokas is higher than that of rugby players who are specifically trained. In addition, Teunissen (also founder of the Athletic Skills Model) has worked at Ajax (elite football academy) for many years. He wrote the training concept for the academy, for youth training and development in which judo had a prominent place as a donor sport (e.g. Donny van de Beek and Matthijs de Ligt originate from this route). Interesting subject matter...

In concrete terms, this means that acquiring skills (learning) in one sport can be of enormous added value in another – the so called and well-established Transfer of Learning concept. Learning to throw in judo, has a direct transfer to rugby. Pulling and pushing in both rugby and judo is certainly not the only transfer that can be made between sports. Many transfers are possible; not only on a physical/motor level, but also on a tactical and social level. Judo Bond Nederland (JBN) believes in the broad motor development and training of children and the concept that we can learn a lot from other sports. With the cooperation of Judo Bond Nederland and Sportsinspirator.com, the JBN shows and acknowledges that transfers between judo and other sports are valuable and that sports associations in general can learn from each other. Judo is a multi-faceted sport with a lot of fundamental movement skills that can support other sports - that's why Ajax also incorporates judo in youth training. The transfer can also be made the other way around. For example, what can judokas learn from balance and rotation exercises from gymnastics.

Judo videos as inspiration for exercises
Through the online platform www.sportsinspirator.com it is possible to search for this 'transfer of learning’ between sports. Transfers come about by the content of the JBN and other sports providers on the platform. The common language of human movement set out on the platform makes it possible for different sports to ‘communicate’ together about training content (exercise forms for inspiration). The JBN has made their training videos available that provide inspiration for learning judo skills per level (color band). This inspiration can also be used directly by, for example, soccer and rugby.

Judo as a donor sport
The forms of movement from judo lend themselves very well to making other athletes, including footballers and field hockey players, better, according to research. Where soccer training does not provide, judo training can be complementary (Teunissen et al., 2020). Judo can help children develop physical, mental and social skills. The following elements of judo are complementary to children who play soccer, for example:
- FUNdamentals - basic forms of movement (coordination & motor skills) are taught and improved in many different exercises. Fun is an important part, so that children enjoy moving their bodies. Effect on e.g.: footwork & ball treatment.
- Resilience - forms of training derived from judo, such as frolicking, falling and rolling, are given to increase resilience. Effect on: dueling power & mental resilience.
- Core Stability - specific exercises for the trunk muscles for a correct posture of the spine. Effective in the short term and indispensable for the long term. Effect on: development of muscle skeleton.

Movement skills
Former professional footballer and judoka Boudewijn Zenden also believes in broad motor training and sees absolute added value in practicing judo alongside soccer. Especially with children in the age of 4-12 years old. He would therefore recommend all children and sports clubs to go judo as a second sport. "Besides teaching respect for the teacher, it gives the children the chance to develop themselves all-round physically and mentally, which significantly reduces the risk of injuries.
Ruben Houkes (world champion judo) says the following about this: "Movement education has decreased in number of hours. Children stand still too often. Because they also play less outdoors, they are also less skilled. In many sports posture and balance are very important. Judo is just like gymnastics, athletics and swimming one of the mother sports. They provide an excellent basis for a broad motor sports development".

Values of judo
Pulling, pushing, falling, checking and disturbing each other's balance are basic skills of judo. In addition, judo is characterized by values that come back a lot in the sport. Through rules and regulation in judo, parts like respect, self-confidence, perseverance and resilience are developed. Also working together and cultural values are learned and passed on with judo. Soccer international and former judoka Jackie Groenen also emphasizes this: "Judo training should be a standard part of soccer training because the current soccer culture can certainly learn from ways of acting and dealing respectfully with others who characterize the judo sport". She also indicates that she sees opportunities in the area of self-confidence. "If I were a soccer coach, I would advise parents and children to combine soccer and judo. Especially for children who experience difficulties with motor skills or who are relatively small, judo practice can be an enormous stimulus, for example for their self-confidence". "The knife cuts both ways, however, as far as the discussed combination is concerned. It is important to realize that soccer can also help judokas".

Judo Bond Nederland sees the development of the platform www.sportsinspirator.com as a fantastic initiative that offers athletes and coaches the opportunity to learn from the exercises from other sports and is therefore more than happy to participate in this initiative. Besides the fact that the judo sport is a good combination with other sports, it is of course also a beautiful sport to practice. Whether you want to become a champion, get your black belt or just want to learn how to break a fall and stand firm; judo offers this possibility and can therefore be used in different ways. 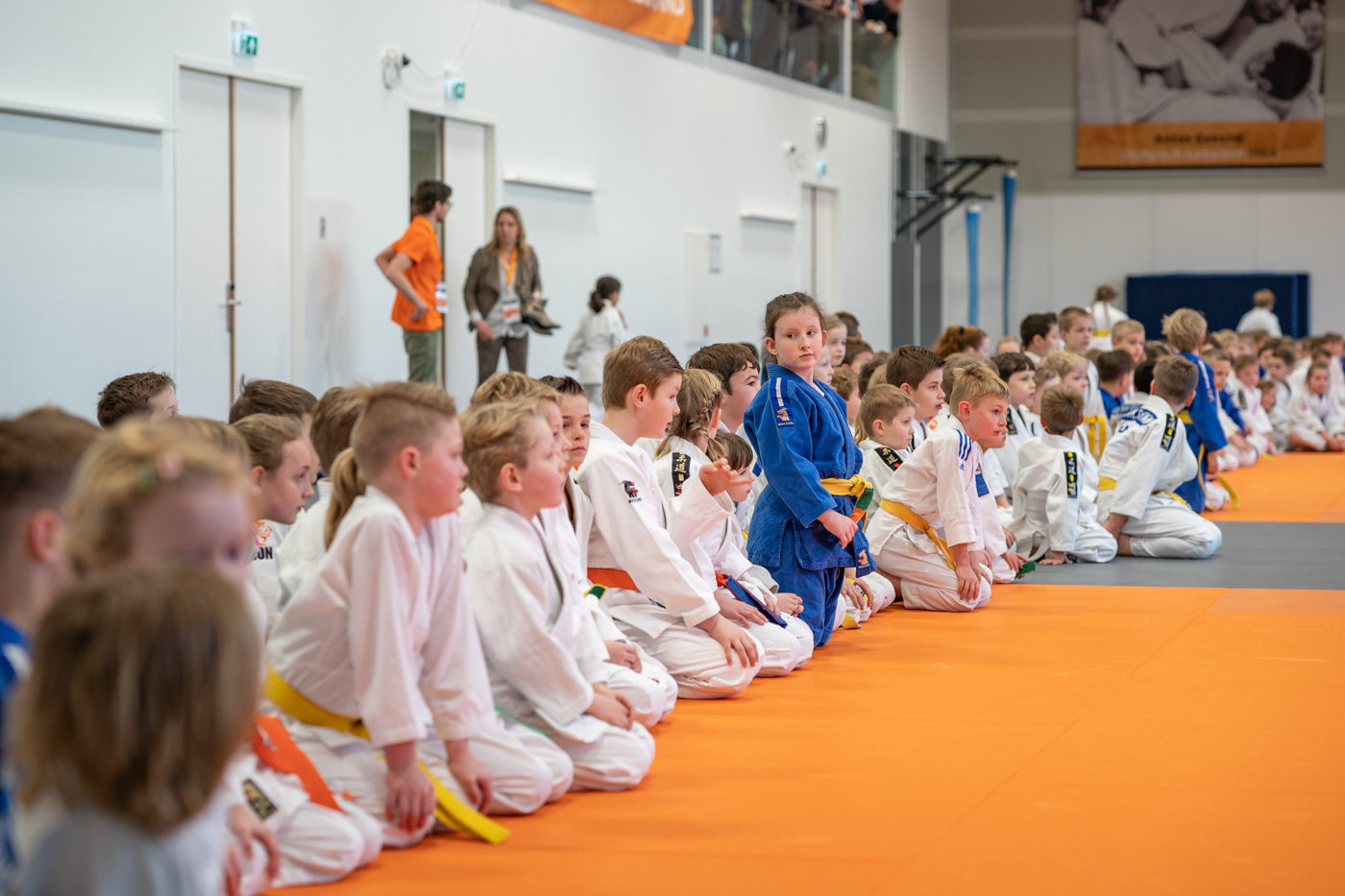 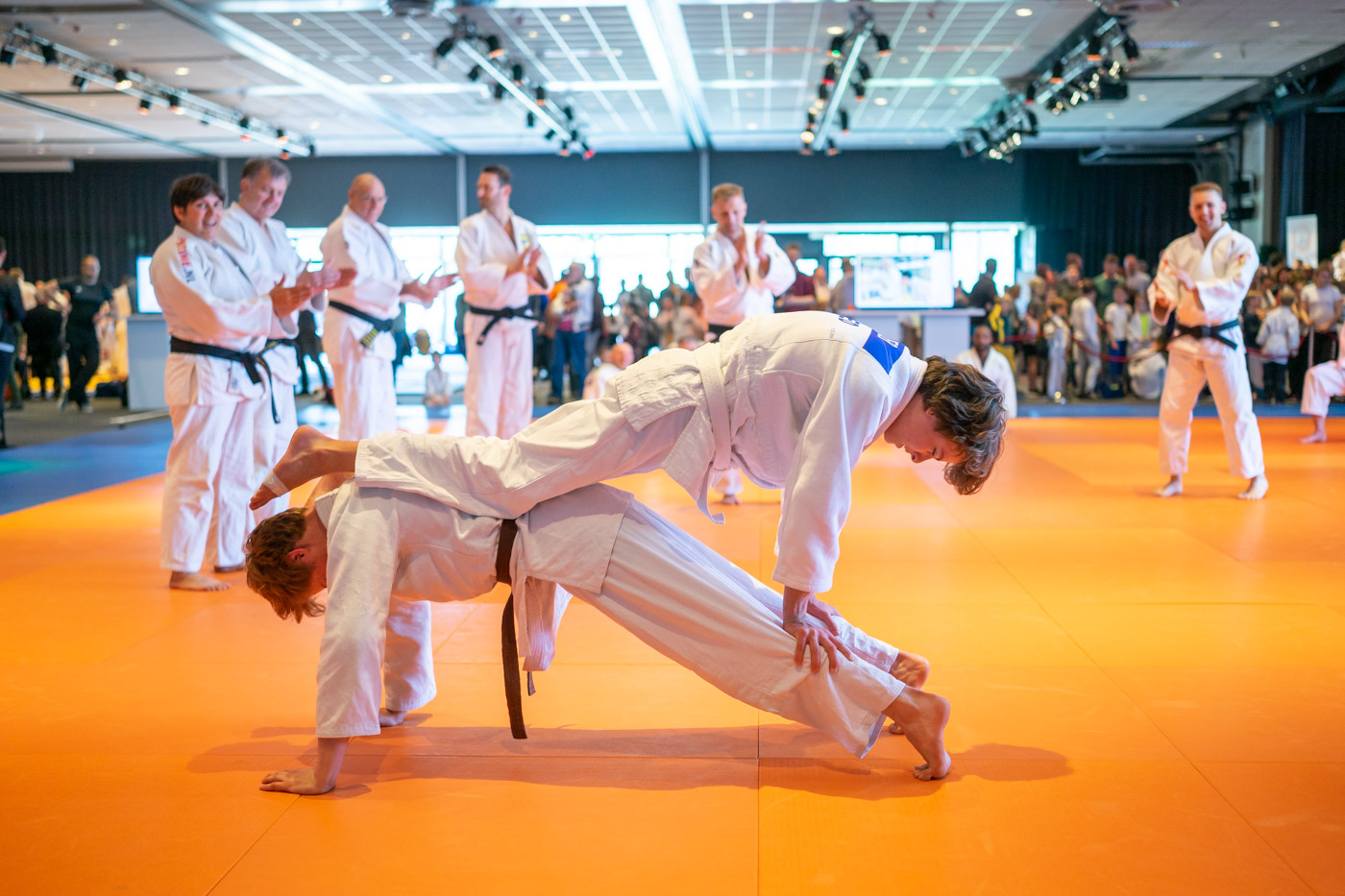 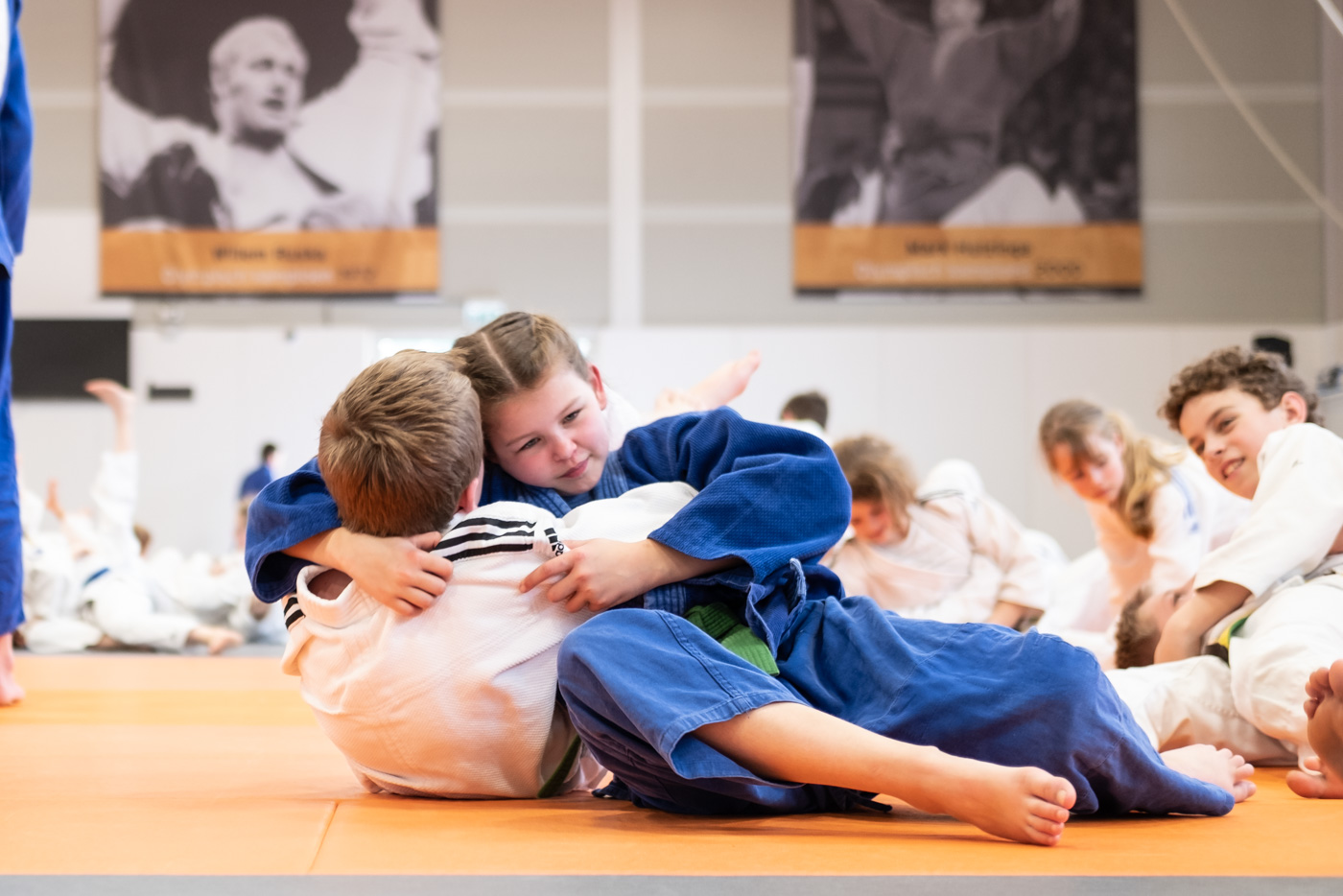 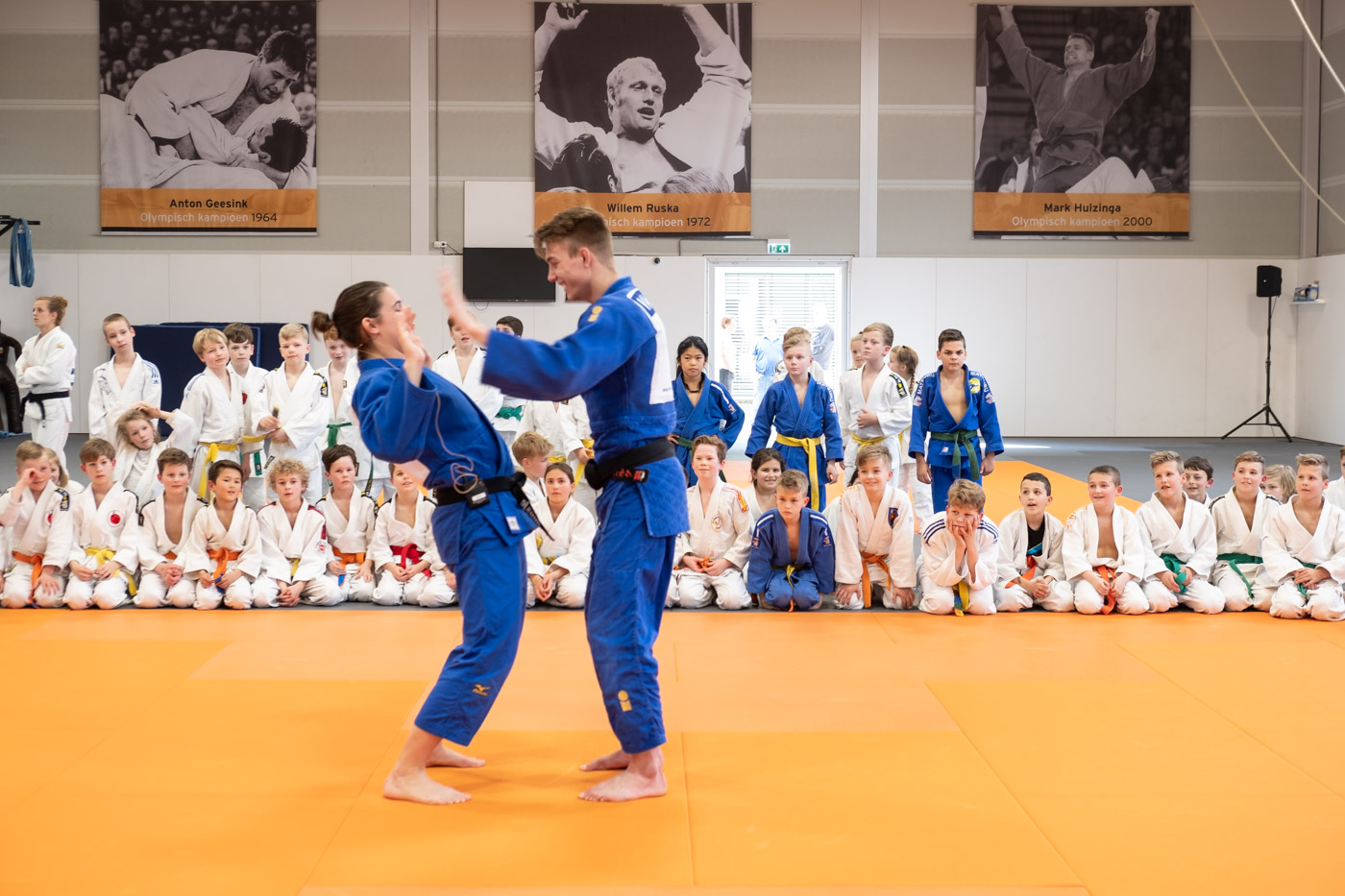 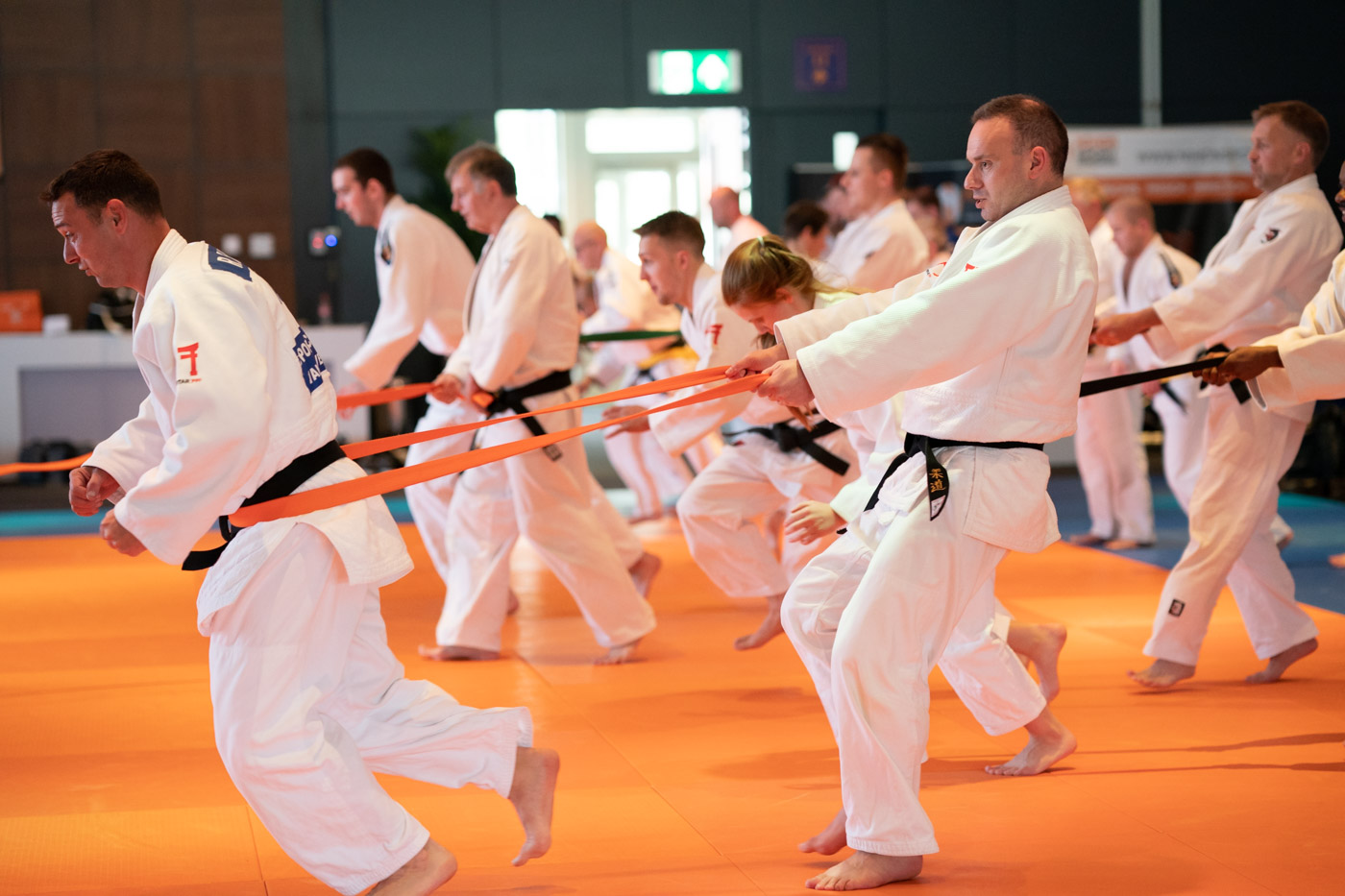 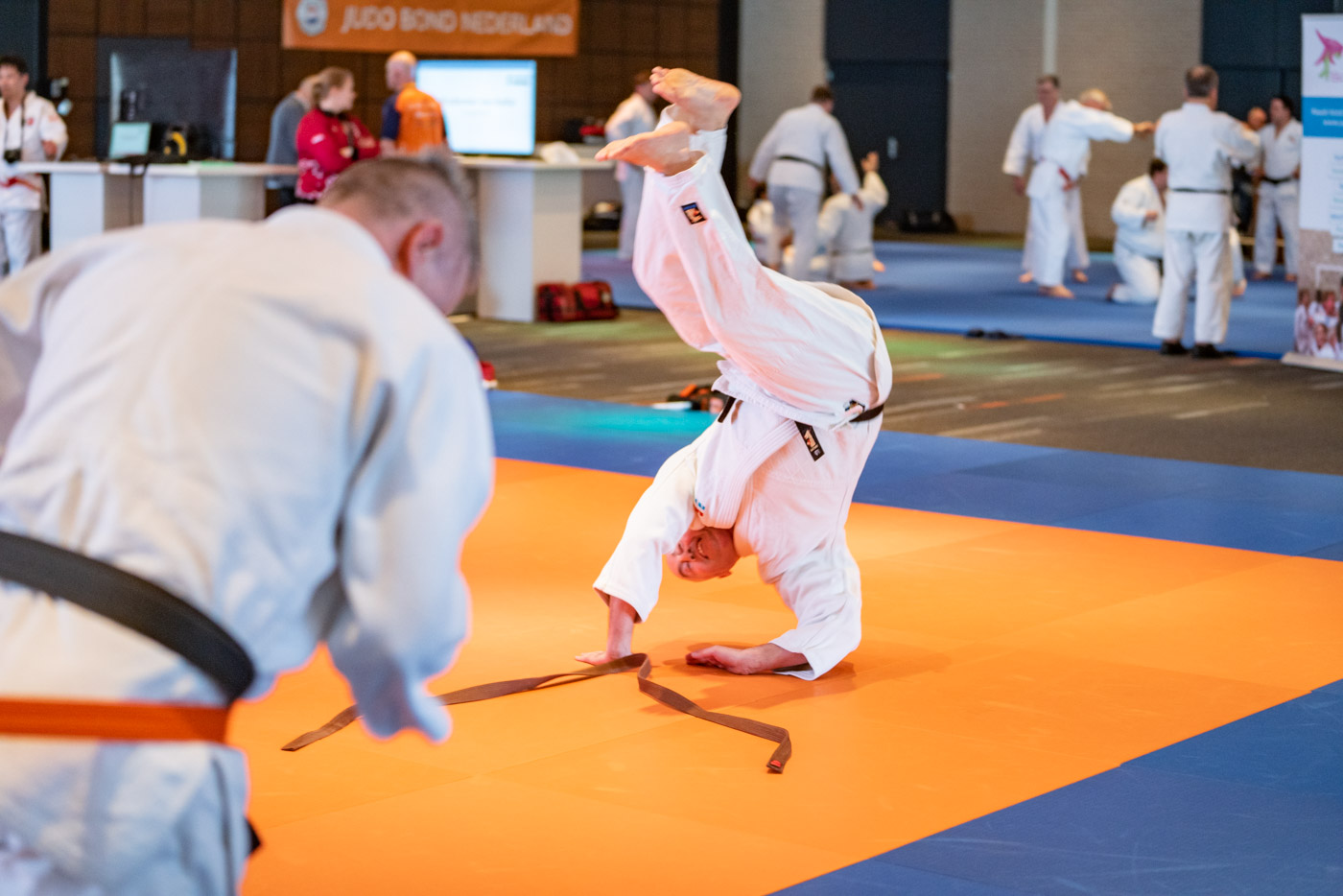